Down the southern banks of the Ganges, Munger, a town of historical significance is located. It is believed that Rishi Dirghtma had made-up some of the fraction of Trigveda in this city. God Ram had taken a break in his period of exile, and Mata Sita also gave her trial by fire here. On the rich land of Munger, exact and mind gripping tales of freedom fighters are spread all over the area.Munger City is located in the Bihar on the southern bank of the Ganges is extended over a region of 1419.7 sq km. It is fourth largest among cities in Bihar whereas second largest in Eastern Bihar. It is one of the old cities in Bihar located 60 km in west of Bhagalpur. 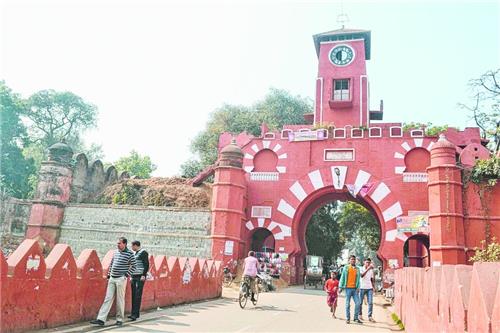 This city of Bihar has a marvelling connection with Mahabharata, when it formed a part of the Madhyadesha as the centre of the first Aryan colonizers.The Mahabharata epic has a mention of this place as Mod-Giri that was once the regional kingdom’s capital in India’s eastern side nearby Vanga and Tamrilapta region. There is one more belief that during the early times this region had also served as monarchical state. Other historic facts describe that this place was also famous as Maudal after Maudgalya – Gautam Buddha disciple. Munger therefore remained a popular region during the ancient era. It was one of the renowned civilizations in Bihar state on the southern banks of Ganges River.The area of the current day Munger was a fraction of Anga Mahajanapada after the ruler of Anga fought a battle at Munger which was then called Mada-Giri and defeated its leader.

Munger also served as the capital of Pala kingdom and the Nawab Mir Kasim fought one of his battles here, before the capture of eastern India by the East India Company. When Munger got captured by the British, it was called Monghyr and constituted a part of Bhagalpur. Munger was transformed into an individual district only in 1832. The historical town, besides its pious and past importance, is also well-known for its important industrial set up. It has been converted into an imperative commercial and business centre of Bihar.

By the time modern era came, Munger remained part and parcel of many regional kingdoms. The area was part of Karnataka dynasty of Mithila until Turkish invaders overpowered the regional kingdoms. Bakhtiyar Khilji took control of this area in 1225 but sooner it became under Khilji ruler Gyasuddin until the Sultan of Bengal controlled it in 1301 and ruled till 1322. Some of its famous rulers included Nasrat Shah, Hussain Shah, Makhdun Alam, General Kutub Khan and many more. It was in 1534 that this area came under the control of Ibrahim Khan but Sher Shah Suri captured it thereafter. For decades Munger was also under Afghan ruler Dilawar Khan’s control until it finally came under the control of great Mughal Kingdom. The famous book Ain-i-Akbari by Abul Fazal has a mention of the region Munger during King Akbar’s control.

The sooner British took control of almost all parts of India after defeating the Mughals and many regional kingdoms, Munger came under the British rulers. It was expanded during that period and developed into one of the few trade and business hubs in the region. A notable event in the modern history of Munger is that it attained popularity in 1762 while Mir Kasim preferred Munger instead of Murshidabad to develop his capital of his kingdom. Once he lost the battle of Buxar to the hands of British Empire, Munger was finally annexed into British Empire. The British ruled this region until India attained independence in 1947.

Once India attained freedom and states were re-organized on various grounds, Munger became the 38th district of eastern India’s Bihar state. The city of Munger was chosen the administrative headquarters of this district that also serves as Munger Division. It is famous in the region for trade and business solutions as a twin city. It is one of the fast developing places in the state.


Explore more about History of Munger