Munger can’t be missed out in the exploration of incredible Bihar. The city of Munger boasts with many contemporary and ancient monuments that give ample avenues to the visitors to explore this place to the best extent possible. Take for example the Shrikrishna Batika Garen developed in the memory of the first chief minister of Bihar Dr. Sri Krishna Sinha who took birth here. This place is famous for its mixed appeal of a region with ample greenery to its nearness to the holy Ganga River that makes it an ultimate location to explore as a tourist. 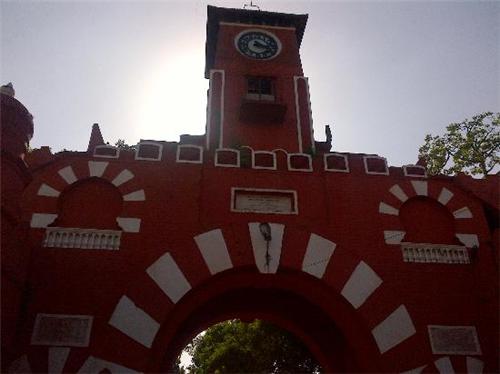 Prior to making your Munger tour plan it is advisable to obtain all the required helpline numbers that makes it easy for you to travel freely and with peace of mind. Such numbers and information about the place makes it easy for you to explore this place whenever you come for your once-in-a-lifetime experience. Here are the important helpline numbers for your reference.

Located in the outskirts of the city famous Munger Fort had been built on the rocky hillocks. Its location on the Ganges River’s southern bank makes it strategically important to explore. As the history explains about it the fort was built during Slave dynasty period and it was the power center of Muhammad bin Tughluq of Delhi (1325-1351 AD) who controlled this region through local governors. This fort came under the rule of various successive rulers from Khaljis to Tughlaqs to Lodis and especially the Nawabs of Bengal but most notable rulers that captured it and ruled the area was Mughals. It was under the control of Mir Quasim (1760–72) before it finally came under the rule of British rulers.Several religious and historic monuments are located inside this fort. They include the Tomb of Pir Shah Nufa; the Palace of Shah Suja, Tomb of Mulla Muhammad Said, Kashtaharini Ghat on the Ganges River, ancient Chandisthana Temple and last but not the least 18th century British cemetery. One of the famous Yoga schools had been opened inside it recently. This fort remains the key attraction in the region and therefore welcomes large chunk of tourists every day.

Famous Chandika Astahan Temple has distinction of being one of the 64 Shakti peethsin India. . It is located in the extreme northeastern corner of the Munger city. It is prominent location in the state and is one of the few sacred and sanctified temples like the one of Kamakshya Temple located nearby Guwahati in Assam state.It is at this place that Sati’s eyes are believed to have fell. Having an architecture of inverted could ran view on the Northern side of the temple, Chandika Asthan is a must see for tourists especially during 10 day Durga Pooja. 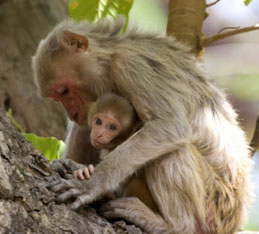 Bhimbandh Wildlife Sanctuary is located in the southwest of Munger district in the Kharagpur hill range. It is spread over an area of 682 sq. km encompassing dense forests and beautiful water springs. Having two forest rest-houses, the sanctuary serves as a home to animals like Sambal, Chital, Nilgai, Panther and tigers. Bhimbhand is famous for hot water streams and attractive locations. It is named after Bhima so it remains a sacred one and is often rushed by the pilgrims. It is one of the notable places to explore by people who arrive to this place for spiritualism and peace of mind.

Kastaharni ghat having literal meaning “the bathing place which expels all the pain” according to the mythology is the place where Lord Rama chandra and his brother Lakshman took rest on their way coming back from the encounter with the demon Taraka. It has its mention in the 26thAdhyaya (chapter) of Valmiki’s Ramayana.This ghat assures of beautiful sight of sunrise and sunset to the travelers.

It is said that a sage had arrived at the place that is modern day Munger in the 6th century. He established two shrines here out of which one appears at the rock at Kashtaharini Ghat that still exists and is a famous holy destination today. This place including other holy locations in the city maintains identity of being the paradise for pilgrims, saints and devotees from different parts of the state and country. One can see the devotees arriving at this holy location in both sunrise and sunset time. This ghat has great significance due to river Gangaas here holy river takes a bend and moves towards north becoming Uttar - Vahini.

The famous Munger Fort is known for one more reason. One of the oldest buildings inside it is the sacred Pir Shah Nafah Shrine that had been developed at an elevated area nearby fort’s southern gate area. The sayings go on that the ancient Pir had arrived at this place from Persia and first landed at Ajmer before his settlement in Munger once Sufi saint Khwaza Moin-Uddin Chisti instructed him to do so. He stayed in this place until death in 596 and he was therefore buried in the place that has now become famous shrine. Dargah of Pir Shah Nafah Shrine is visited by many people irrespective of their faiths 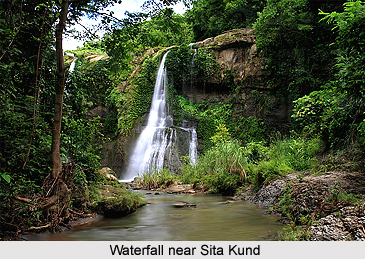 Sita Kund is one of those locations in Munger which keep this district into the global limelight. It still remains one of the most visited locations in the region due to the keenness of common masses and for its holy spirit. Located at a distance of mere four miles in the eastern side of district headquarters Munger city, the Sita Kund hot springs remains spiritually important location. The famous temple located nearby it is another attraction. The nearby reservoir in the northern side is famous for its cold water. It is famous as Ramkund. The three more polls located in the western side are symbolically known as the Lakshman Kund, Bharat Kund and Satrughan Kund to remember the three brothers of Lord Rama.This place reminds of the period of Ramayana. It was here that Sita had proved her chaste after rescue form Lanka. It was here that she came out of the fire test. The clear and transparent water at this place is still worth dipping.

Manpathar is one of the major attractions nearby Kastaharni Ghat in Munger. It has become one of the many interesting places that attract large number of visitors. Its appearance of a rock in river bed at a distance of two miles from the Munger Fort is highly appealing. Impression of two feet on this roke structure is said to be of the feet of Sita while she would have crosses this place in the Ganges. This 250 meter long and 30 meter wide structure is worth visiting nearby a small temple nearby.

The little temple of Shiva nearby Kharagpur area in Munger is the famous Ucheswar Nath Temple visited by countless devotees. It is visited by mostly Santhals and their boys and girls come here for marriage. It looks unique seeing them in the tribal dresses.

Famous Gurudwara at Piparpanti near Munger is an excellent location for believers of Sikhism religion. It still remains popular and has taken the shape of a shrine as it was here that famous Gurus of Sikhism religion had stayed while travelling to the northeastern states especially Assam. That is why this place is of so much value for the Sikhs today.

Goenka Shivalay is a popular location in Munger due to it being the beautiful temple chain with unique structure. The temple is an oldest one and so is it on of the few Hindu pilgrimage places in the country that witness large chunk of visitors. As this Shiv temple has been built in the midst of a big water tank that houses several beautiful fishes it has been named Machchli Talab as well. The rock-solid bridge road of white marble makes it possible for the devotees to enter inside from the mainland to the temple area.

Pirpahar hills are worth viewing place to observe the nature’s bounty. Located at a distance of mere three miles from the bustling Munger city, famous Pirpahar Hills are places that ascertain peace and prosperity in the region. One finds amazing view of the surrounding areas from these hills. As this hill has been named after an ancient saint or Pir whose’ other credentials are still not know the hills are called Pirpahar Hills. His grave is still located on the hills that sees ample rush of devotees. Presence of two old tombs at the foothills is considered sacred.

The constructions carried out under the guidelines of the Maharaja of Darbhanga have popularized this region as much as is Kharagpur Lake popular amongst the masses. Passing through the narrow gorge in the hills, this lake is worth visiting place in the region. The picturesque waterfall at a distance of mere one to two miles above a dam is named Panchkumari as translated to “five princess” that maintains distinction through its beauty.

Located in the area covered by the Kharagpur Hills the famous locations Bhimbandh and springs named Janamkund are appealing. The Malnipahar is one of the unique attractions here.

Maruk is one of the hills in Kharagpur subdivision near Munger city at a distance of 13 miles in southern side. Still there is no information about origin of this name Maruk but it is believed that it would have been due to Maharuk trees (Ailanthus Excelsa) abundantly found there. Although it could have been an excellent picnic spot but hardly is it developed for the tourism purpose nowadays.

Rishikund is famous hot spring in Munger located at a distance of approximately six miles in the southern side of Sitakund. This picturesque little valley is located in the midst of two Kharagpur Hills ridges and therefore gives unique look. It is one of the most visited places in the Munger region.


How to Reach Munger ?

It’s not a worrisome experience for you how to reach Munger today. Roadways, railways and airways connect this city with the famous metropolitan cities like Delhi, Kolkata and Mumbai hence the city is accessible from anywhere in the country. Nearest railway station namely Jamalpur Railway Station is one of the biggest railway halts here while the airport in state capital Patna is the nearest one to catch flights. For local commuting, travelers can chose to get taxis run between Jamalpur to Munger cities. They can also opt for the city bus services. As the distance between Munger city and Jamalpur Railway station is nearly 6 km it’s not a difficult task to commute this small distance. One can even take taxis from Patna to Munger and reach the destination in 4-5 hours after reaching Jai Prakash Narayan (PAT).


Where to Stay in Munger ?

Munger offers best accommodation to its visitors. As the city is developing faster, several accommodation options are now available in affordable rates. The hotels in this city provide all types of comforts and luxuries to cater to the needs of masses. As too much variety is available in terms of selecting hotels, one can explore the best one accordingly. Here is the list of hotels in this city that offer best of comforts in staying options. For More Click Here


Where to Shop in Munger ?

The district headquarters city of Munger offers best avenues to shop and enjoy great time during a stay. The local shops deal into all types of items that prevail in fashion. Whether you want to buy designer clothes or numerous other items, the markets of this city can be best explored for a memorable shopping experience.