Traveling to Munger is never a problem. Thanks to the level of connectivity which makes the city accessible from various parts of Bihar. The city claims many destinations to explore into. In order the tourists and habitants experience a trouble free travel, local transportation is available in Munger. The public mode of transport can be an exhilarating experience for ones who are new to Munger. The government has taken initiatives and enhanced the transport service for easy conveyance of the public.

When discussing about railways, Bihar holds excellent railway network . The services offered to the people are trouble free. There are two chief railway stations in Munger, where one is the Jamalpur junction and the other is Purabsarai. The major railway station for Munger is the Jamalpur Junction which is 8Km away from Munger city. All the chief cities of the nation which include Mumbai, Kolkata, Surat, New Delhi, Lucknow, Kanpur, Guwahati, Vishakhapatnam, Ranchi, Muzzafarpur, Gaya, Jamshedpur, Bangalore, Jammutawi, Bhagalpur, and Patna are connected to Jamalpur station. 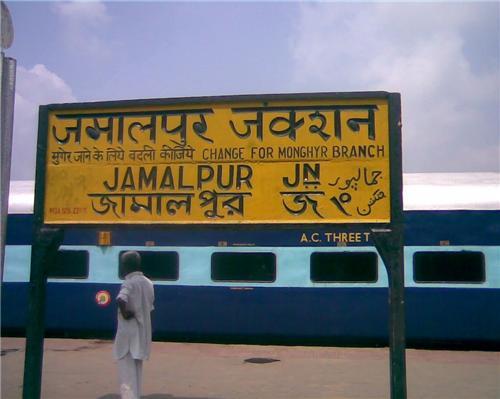 Munger city owns a small airport which is meant only for VIP’s and their visit to the city. There is no commercial service in Munger airport. People who desire to fly to any other destination from Munger can approach Patna airport which is the nearest domestic airport with commercial service. All airlines serve for Patna airport and it stands about 180 Km away from Munger. For ones who wish to fly to other country can opt for Netaji Subhash Chandra Bose International Airport located in Kolkata. This nearest International Airport is located 480Km away from Munger city.

National waterway no 1 is responsible for Munger waterway facilities. There are fixed terminals available for national waterways no 1. A few of the fixed terminals are Kolkata, Farrakka, Haldia, and Patna. Floating terminals are also available at certain destinations which include Doriganj, Ballia, Varanasi, Chunar, Bhagalpur, Diamond harbor, Haldia, Tribeni, Jangipur, Allahabad, Kolkata, Katwa, Bharampur, and Ghazipur. Water ways are utilized for tourism, ODC carriers, and other business conveyance. Apart from this many power companies has designed plans for setting up power plants too.

The national highways and state highways stand to be a pillar for Munger roadway transportation. All key cities which include Jamshedpur, Dhanbad, Bhagalpur, Ranchi, Patna, Gaya, Muzzafarpur, Darbhanga, and Bokaro are well connected with excellent roads by NH 80 and NH 333. BSRTC is the regular bus service which caters its service for all the nearby destinations. The Bihar state Road Transport Corporation takes responsibility for buses travelling within the city. Luxury bus services are also available to and from Munger. For intra city transport for public and tourist to hover around the city auto rickshaw, taxi and buses are readily available. The Munger Ganga Bridge is a new project which would facilitate and link Munger to other major districts of north Bihar and north eastern division of India.


How to reach Munger ?

Munger is a key area and is well connected with all major means of transport such as railways, roadways, airways and seaways too. Taxis and buses are available from all the key destinations to run towards Munger. The NH 80 and NH 333 are spacious roads for cruising along the bus and taxis. Taxis, cabs and auto rickshaws are another way to enjoy whirling round the city after reaching Munger. Major airports like Netaji Subhash Chandra Bose International Airport, Gaya airport and Patna airport are available for domestic and international flights. Hence reaching Munger is easy with ample means of transport.